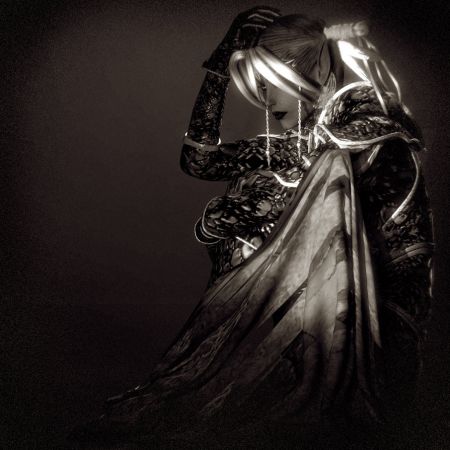 The youngest daughter of House Melarn, Amalya showed considerable promise as a priestess of Lolth even from a young age. This proved to be her doom, as her eldest sister, Mizrya, considered her a threat to be eliminated before she could fully bloom. Mizrya arranged for loyal Melarn men to assassinate Amalya when the girl was a mere 19. They accompanied her into the wilds of the Underdark for a religious rite, but even at that age, the shrewd girl knew something was amiss. As she gathered spider carapaces, the men slinked to her to strike her down, but she was ready with blades poisoned in spider muck.

The fight was swift but brutal, and Amalya was forced to flee into the Underdark with dire wounds but no men able to follow. Amalya's rudimentary training in the wilds saved her, as she found fresh water to clean her wounds and moss to bind them. She used the last of her poisoned blades to bring down a rothe calf for food. She survived this way for a time, her wounds keeping her from moving too quickly but her cunning keeping her alive. Eventually, she grew used to the ways of the wilds and even took up with a pack of monitor lizards for protection. Amalya knew that any return home would mean certain death. Indeed, Amalya was nearly captured several times by House Melarn search parties, often barely escaping with more near fatal wounds to boast.

Eventually, she chose to lead her pack deeper into the Underdark, far beyond her family's reach. Simple survival grew tougher with pack mates picked off one by one. Amalya began to hear something in the depths, a faint song that murmured in mineral pools and fungal caves. She glimpsed a gray specter, but when she brought her pack in pursuit, she found only bone fragments and oddly shaped crystals in its wake. These oddities carried the song, and as she collected them, the song grew stronger. Amalya dreamt of a great silver stone somewhere above her, and she knew the song came from this stone. Awake, though, she only saw the stone in the sliver fringe around eddying pools and sparkles in cavern roofs above.