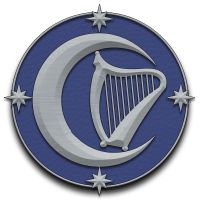 The following are unassigned or open missions for the Harpers of Waterdeep.

Lady Remallia seeks a book for the Harpers' library. It is a rare book, printed over a hundred years ago, called the Red Book of a Thayvian Mage, by Thaelrythyn of Thay. Though not itself magical, it is a book of rare knowledge of both magical formulas and schema, and will greatly enhance the library.

Caravans of the Delimbyr Vale

Lady Remallia is concerned about some attacks on caravans passing through the Delimbyr Vale. She needs Harpers to find caravans who are passing through there who would be amenable to allowing one of her agents to accompany them. They are willing to provide additional fighting support, but they are fact-finding above all.

The Question of Skullport

Skullport has long been shut down, but history suggests that never lasts long. Lady Remallia will pay for information about the Port of Shadows. 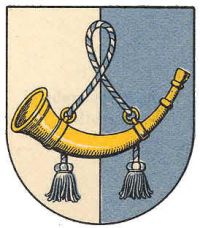 A Vigilant interested in pursuing a greater investment in the doings of the Heralds could do worse than to assist Falconfree in her researches.

The Herald's responsibilities are greatly eased by ensuring they have a wide net of informants and contacts to draw on for their work. Vigilants and apprentices often take some of the burden for making these connections from the Herald.

A Vigilant interested in becoming a Herald is well-advised to demonstrate skill in the kinds of archival skills valued by the Heralds. 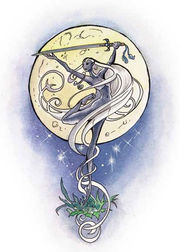 Status of the Promenade

It is vital that the Promenade have someone in Skullport to keep an eye on things. 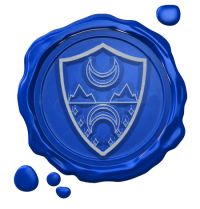 The Tome of Centuries

Three years ago, one of the priceless possessions of the Stationers' Guild – the Tome of Centuries – was stolen. There is a hefty standing reward for the return of the book, which is said to contain, among other things, the schema for the creation of the tome of clear thought, the tome of leadership and influence, the tome of understanding, the manual of bodily health, the manual of gainful exercise, and the manual of quickness of action.

The Font of Knowledge, the temple to Oghma and his divine household, has a standing agreement with the Stationers' Guild. Members of the guild who spend time creating writing kits for the temple receive the favor of the temple as well as the regard of their guildsmates. 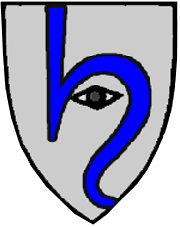 The Tome of the Vigilant

There is an old manuscript known as the Tome of the Vigilant. Lady Andraethra, the consort of House, has a reward for its acquisition, and a member of the House who brings it to her will surely gain in the eyes of the House.

The act of accumulating secrets about others in Waterdeep is referred to in the House as "enriching the Vault," a reference to the Vault of Secrets. Those who bring Lady Golsetha more juicy information and useful informants find their star on the rise in the House. 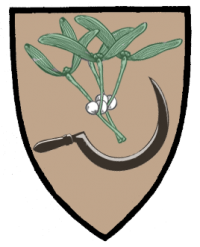 The House always has need of someone to lead an expedition of harvesters into the wild to retrieve the rare herbs and minerals that form the basis for so much of the House's vocations. The labs have to be stocked by someone, after all.

With the loss of several alchemists in Waterdeep in recent days, there is room for more De'spri alchemists in the market. A member of the House who devoted their efforts to getting a new shop set up would find no small degree of regard from the House.

By Hook or By Crook

The famous Calishite alchemist known as the Numinous Sage passed away last year. It is said that he bequeathed several of his best apprentices with the Numinous Formulary: the Sage's private collection of alchemical formulae he invented, a book filled with alchemical wonders. Needless to say, House De'spri would very much like a copy of this book to add to the house archives.