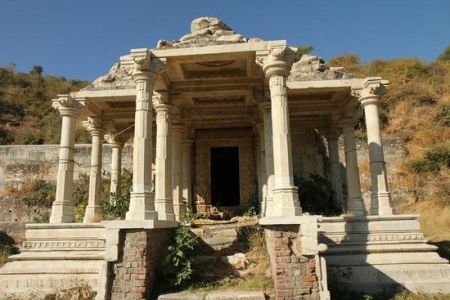 Education (Rank 1) - The Temple clearly has existed for several millennia, and appears to predate the development of modern Adaloostian society.
Lore (Rank 1) - The Temple appears to have been built by an unidentified group who were capable of using the Force.
Lore (Rank 2) - Glyphs and sigils adoring the interior of the Temple are similar to those found elsewhere in the Galaxy, suggesting that they were constructed by a common group. They are, however, clearly not Jedi in origin.
Lore (Rank 3) - The writings within the Temple are strikingly similar to those found in ancient structures now occupied by the Order of the Whills - especially those within the deepest chambers of the Temple of the Kyber on Jedha.

Jedi Amoon - Jedi Technician. Amoon has served the Jedi Order for decades and gained a substantial understanding of technology. He was assigned to Adaloosta-Rae at Master Oobooda's request. He is ill tempered and gruff - with little patience for distractions. In particular, Amoon dislikes Younglings and Padawans.

TA-DL - Service Droid - The TA series of droids have been in the service of the Jedi Order of centuries. Unlike normal droids, the TA series maintains a local network and all droids within that area seek to maintain an active link with other TA droids. TA's do so by keeping an active connection to the computer systems of the facilities they are assigned to whenever possible and the droids operate with a "hive mind." The Jedi installed a computer network into the Adaloosta-Rae Temple when they arrived, allowing the TAs to work in conjunction with each other. A quirk of this interface manifested after a few months of this networking - and TA-DL have become a singular consciousness that extends itself into all of the local TA droids.