From OakthorneWiki
Jump to navigationJump to search
Useful Links 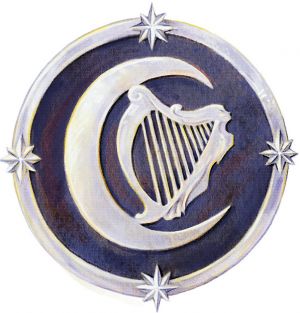 Evocation cantrip
Casting Time: 1 action
Range: 5 feet
Components: V, M (a weapon)
Duration: 1 round
As part of the action used to cast this spell, you must make a melee attack with a weapon against one creature within the spell’s range, otherwise the spell fails. On a hit, the target suffers the attack’s normal effects, and it becomes sheathed in booming energy until the start of your next turn. If the target willingly moves before then, it immediately takes 1d8 thunder damage, and the spell ends.

This spell’s damage increases when you reach higher levels. At 5th level, the melee attack deals an extra 1d8 thunder damage to the target, and the damage the target takes for moving increases to 2d8. Both damage rolls increase by 1d8 at 11th level and 17th level.

1st-level divination (ritual)
Casting Time: 1 action
Range: Self
Components: V, S
Duration: Concentration, up to 10 minutes
For the duration, you sense the presence of magic within 30 feet of you. If you sense magic in this way, you can use your action to see a faint aura around any visible creature or object in the area that bears magic, and you learn its school of magic, if any.

The spell can penetrate most barriers, but it is blocked by 1 foot of stone, 1 inch of common metal, a thin sheet of lead, or 3 feet of wood or dirt.

1st-level illusion
Casting Time: 1 action
Range: Self
Components: V, S
Duration: 1 hour
You make yourself—including your clothing, armor, weapons, and other belongings on your person—look to dismiss it. You can seem 1 foot shorter or taller and can appear thin, fat, or in between. You can’t change your body type, so you must adopt a form that has the same basic arrangement of limbs. Otherwise, the extent of the illusion is up to you.

The changes wrought by this spell fail to hold up to physical inspection. For example, if you use this spell and anyone who touches it would feel nothing or would feel your head and hair. If you use this spell to appear thinner than you are, the hand of someone who reaches out to touch you would bump into you while it was seemingly still in midair.

To discern that you are disguised, a creature can use its action to inspect your appearance and must succeed on an Intelligence (Investigation) check against your spell save DC.

1st-level transmutation
Casting Time: 1 reaction, which you take when you or a creature within 60 feet of you falls
Range: 60 feet
Components: V, M (a small feather or piece of down)
Duration: 1 minute
Choose up to five falling creatures within range. A falling creature’s rate of descent slows to 60 feet per round until the spell ends. If the creature lands before the spell ends, it takes no falling damage and can land on its feet, and the spell ends for that creature.

1st-level evocation
Casting Time: 1 bonus action Range: 60 feet
Components: V
Duration: Instantaneous
A creature of your choice that you can see within range regains hit points equal to 1d4 + your spellcasting ability modifier. This spell has no effect on undead or constructs.

At Higher Levels. When you cast this spell using a spell slot of 2nd level or higher, the healing increases by 1d4 for each slot level above 1st.

At Higher Levels. When you cast this spell using a spell slot of 2nd level or higher, you can target one additional creature for each slot level above 1st.

Conjuration cantrip
Casting Time: 1 action
Range: 30 feet
Components: V, S
Duration: 1 minute
A spectral, floating hand appears at a point you choose within range. The hand lasts for the duration or until you dismiss it as an action. The hand vanishes if it is ever more than 30 feet away from you or if you cast this spell again.

You can use your action to control the hand. You can use the hand to manipulate an object, open an unlocked door or container, stow or retrieve an item from an open container, or pour the contents out of a vial. You can move the hand up to 30 feet each time you use it. The hand can’t attack, activate magic items, or carry more than 10 pounds.

Arcane Trickster: As an arcane trickster rogue, when you cast mage hand, it is invisible, and may be used to take objects from a container, place an object in a container, and use thieves' tools to pick locks and disarm traps, all with Dexterity (Sleight of Hand) checks opposed by viewers Wisdom (Perception) checks to do so unseen. This may also be done as a rogue's Cunning Action (bonus action)

Transmutation cantrip
Casting Time: 1 action
Range: 120 feet
Components: V, S, M (a short piece of copper wire)
Duration: 1 round
You point your finger toward a creature within range and whisper a message. The target (and only the target) hears the message and can reply in a whisper that only you can hear.

You can cast this spell through solid objects if you are familiar with the target and know it is beyond the barrier. Magical silence, 1 foot of stone, 1 inch of common metal, a thin sheet of lead, or 3 feet of wood blocks the spell. The spell doesn’t have to follow a straight line and can travel freely around corners or through openings.

Illusion cantrip
Casting Time: 1 action
Range: 30 feet
Components: S, M (a bit of fleece)
Duration: 1 minute
You create a sound or an image of an object within range that lasts for the duration. The illusion also ends if you dismiss it as an action or cast this spell again.

If you create a sound, its volume can range from a whisper to a scream. It can be your voice, someone else’s voice, a lion’s roar, a beating of drums, or any other sound you choose. The sound continues unabated throughout the duration, or you can make discrete sounds at different times before the spell ends.

If you create an image of an object—such as a chair, muddy footprints, or a small chest—it must be no larger than a 5-foot cube. The image can’t create sound, light, smell, or any other sensory effect. Physical interaction with the image reveals it to be an illusion, because things can pass through it.

1st-level abjuration
Casting Time: 1 reaction, which you take when you are hit by an attack or targeted by the magic missile spell
Range: Self
Components: V, S
Duration: 1 round
An invisible barrier of magical force appears and protects you. Until the start of your next turn, you have a +5 bonus to AC, including against the triggering attack, and you take no damage from magic missile.

1st-level enchantment
Casting Time: 1 action
Range: 90 feet
Components: V, S, M (a pinch of fine sand, rose petals, or a cricket)
Duration: 1 minute
This spell sends creatures into a magical slumber. Roll 5d8; the total is how many hit points of creatures this spell can affect. Creatures within 20 feet of a point you choose within range are affected in ascending order of their current hit points (ignoring unconscious creatures).

Undead and creatures immune to being charmed aren't affected by this spell.

At Higher Levels. When you cast this spell using a spell slot of 2nd level or higher, roll an additional 2d8 for each slot level above 1st.

Divination cantrip
Casting Time: 1 action
Range: 30 feet
Components: S
Duration: Concentration, up to 1 round
You extend your hand and point a finger at a target in range. Your magic grants you a brief insight into the target’s defenses. On your next turn, you gain advantage on your first attack roll against that target, provided that this spell hasn’t ended.