I am Forge Master Jod, Warrior of Renown, son of Afelstaf the fisherman and Pella Goatherder, Guild Prince of Monument, Last Apprentice of Master Winter Mirror, a capable sculptor and I am told I am the worst cook in the North. I have two wives, Lita and Arda, and our husband Toren, and we have six children, most of whom live in Nexus save for my daughter Arryka, who manages Guild communications in the Svarsten. I also have a magic duck. It's complicated.
When I was younger I had been an adventurer, an explorer and a soldier. Then I traveled south to see more of the world. I did some mercenary work for and later became a member of the Guild when I began my apprenticeship as a weaponsmith to the venerable Guildsman Calavash the Gallant. He died soon after in an unfortunate riding accident. I found new mentors and I would learn from the greatest weaponsmiths in Nexus, Lookshy, Sijan and Icehome before returning home to Svarsten.
I was not content being known as a great artisan, though. I sought to truly master my trade, to become a living legend! But I had already learned more than anyone else in the realm, save for one: Master Winter Mirror, known to be one of the greatest living worker of metal in the world; weapons, armor, jewelry, sculptors - everything she created was a masterpiece. I sought her as my mentor, but she refused and dismissed me. So I petitioned her again the next day - and every day following, for six months and six days, bringing her gifts and examples of my work, until finally she accepted me as her student. She had told me it was not the strength of my steel or balance of any blade I had made that impressed her, but that in every object I had brought before her, there was artistry - in the pommel, in the hilt, a design in the blade, the way I had beat and folded the metal, or a particular finish or luster, my crafts were always practical, but more importantly - they were always beautiful as well. I studied under her for near a decade and she passed onto me her secrets and made me her successor. When she retired, seeking a new life somewhere warm, I took possession of her forge, its contracts and relationships and with the aid and resource of the Guild, I expanded my operation until I had built up a merchant empire atop a bed of sharpened steel.

Other Persons of Note 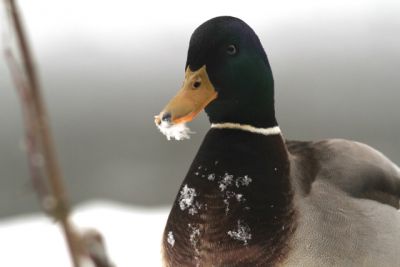 Forge is my magic duck. My mother says he hatched full grown the same day I was born from an egg my father intended to eat for his breakfast. This is ridiculous, but it's the tale my parents liked to maintain. I have no memory of a childhood without...Mr. Ducky. I've researched familiars and know we share some sort of spiritual bond. The particular bird I call Forge is not the one I grew up with. Mr. Ducky had died from old age, his successor I called Pigeon had been eaten by bandits in the Riverlands and the first Forge actually suffered a tragic and fatal accident with his namesake. A week or months later, a new magic duck has always shown up to replace his predecessor. I'm not sure if it's the SAME duck or not, but it's my magic duck and they all seem content with whatever name I give them.