Out of the Abyss 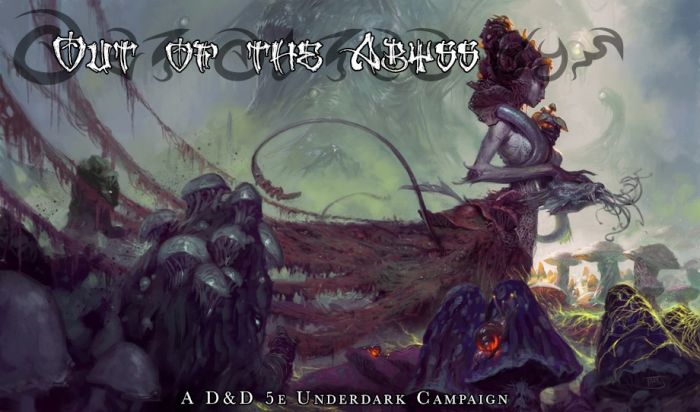 A Dungeons & Dragons 5e Campaign in the Underdark


It begins simply: slaves, in a drow outpost, awaiting transport to the great slave markets of Menzoberranzan.

But then, an opportunity presents itself, and the slaves rise up, break their chains, and flee. But there is no place to go but into the eternal night of the Underdark, with its twisted, horrifyingly carnivorous topography, mile after mile after mile of brutal, maddening darkness.

And even as they pursue the drow who will stop at nothing to re-enslave them, there is a thrumming in their ears – indeed, in their very minds – that suggests something has stirred to wakefulness in the long bleak night of the Underdark, and they will never forget what they find waiting for them there.