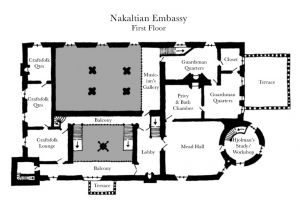 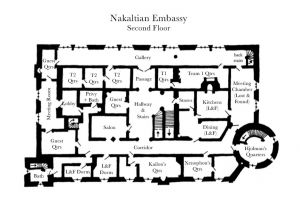 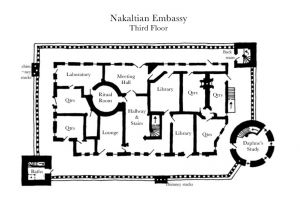 This floor is largely dedicated to the use of the Prism & Azure Academy mages at the embassy. 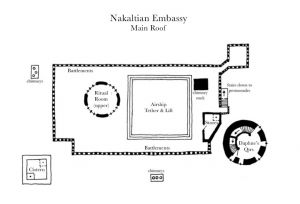 The roof of the third floor structures is most often occupied by guards on watch or by those going to and from the airship tethered above it. 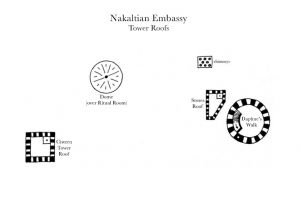 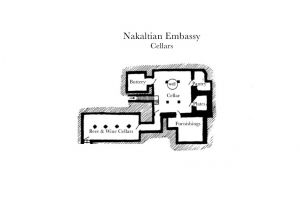