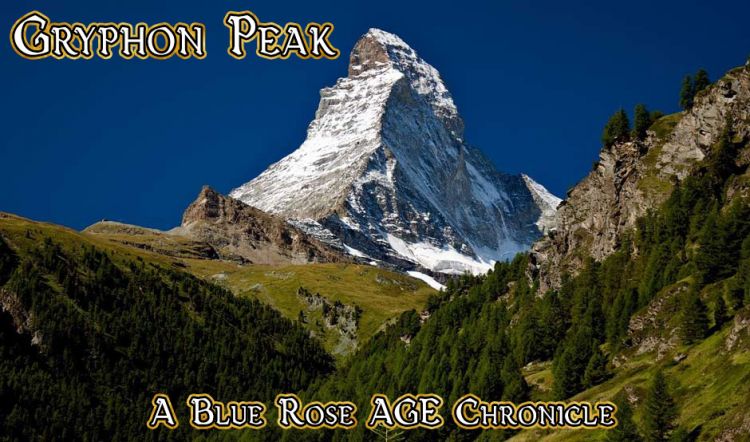 Everyone is talking about it. Late in the winter, three gryphons flew in ahead of the last blizzard of the season. They circled the palace, alarming everyone. For perhaps a full hour in the middle of a wintery day, they flew above the palace, and the air was rich with psychic emanations.

Then, the guards stood down, and the gryphons landed in Azure Plaza. They say that Queen Jaelin herself emerged from the palace, bowed, and welcomed them to Aldis. She escorted them into the palace.

That was three weeks ago.

In those three weeks, a call has gone out - a call for very specific allies and agents of the Crown. They have come to Aldis, one at a time, and the one thing they have in common is that they are all rhy-bonded. They've come in pairs, rhydan and rhy-bonded, each of them proven and capable.

The gryphons have a need, but their kind are very wary of two-legged folk. So Queen Jaelin has called upon those whose hearts are proven true by their connection with rhydan, and this test is sufficient for the gryphon envoys. Everyone is talking about it, wondering what they want, what their arrival portends.