Light in the Void 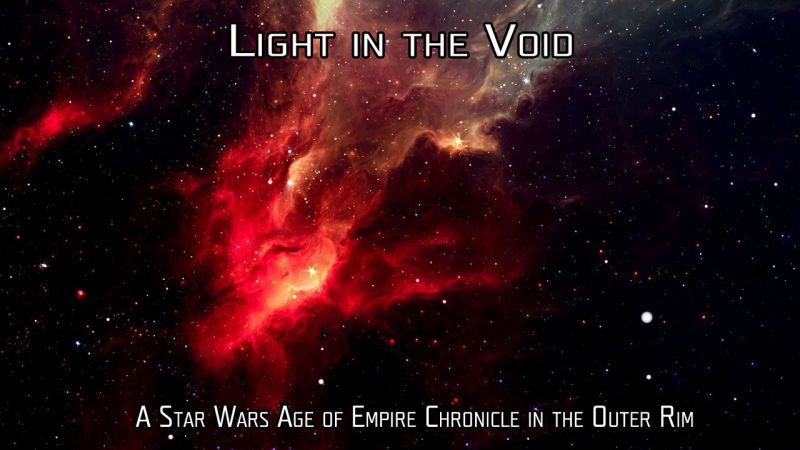 More than twenty years ago, the clone troopers aboard the Eruditius on routine assignment in the Outer Rim, received the command sequence for what has since come to be called Order 66: the execution of the Jedi Order. They watched in horror as the lightsaber-wielding peacekeepers in command of the vessel were the first to be cut down, followed quickly by the other Force-sensitives aboard the mighty war vessel.

Through some combination of providence, subterfuge, double-dealings, and outright treachery, though, this small band survived. They arrived hidden away in various places of the corporate-owned freighter permitted to depart the chaos aboard the Eruditius, a freight-ship abound for the entirely obscure Halo Frontier in the Kanz Sector. Once there, they went their separate ways, slipping into lives of obscurity and desperation with only one thing in common: these were not the lives any of them imagined for themselves.

Now, it is twenty-two years later, and the ripples of that massacre reach out to them. Though they have seen one another here and there over the intervening years, it has only been in the past year or so that they've found one another again, in desperate times. And as they get to know one another once again, can it be a coincidence that a familiar face from that fateful night has been seen once again, this time aboard the Halo Station?

TO FINISH: Knights of Fate, Unlimited Power; Collapse of the Republic, Dawn of Rebellion, Gadgets and Gear, Rise of the Separatists, Starships and Speeders,