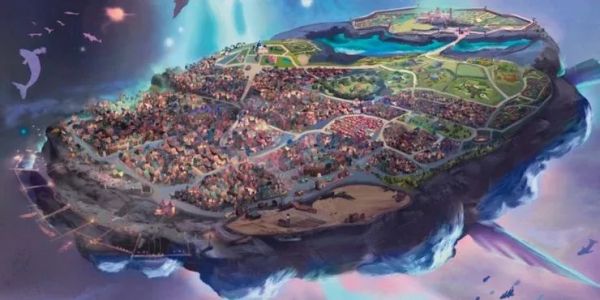 A little over twenty years ago, astrogators discovered a path from Bral to a relatively remote system. The Prince of Bral kept this route a close secret, and with good reason: the sale of land charters began almost immediately thereafter, with charter-buyers the only ones given the route through the Astral Sea to it. The Prince established the Farpost to guard the ways into the system, and even trade was only conducted by those with a charter.

It has been a human generation since, and if it has proved anything, it's that all secrets eventually out. Recent years have seen something of a land- and resource-rush. Legal settlements still require charters, but trade routes have opened for any who know the ways there. The Prince of Bral isn't revealing the secret for all, but no longer are arriving ships required to show their charters.

If anything, this new accessibility has led to an uptick in interest in the so-called Principality, with folk racing to set up new settlements on new worlds, laying claim to the natural riches there. Though there are dangers aplenty as with any frontier, there is coin to be made for a ship of adventurers.

The PCs are a motley crew of folks in possession of a small ship. They owe a nefarious figure a certain amount of money for that ship, and that figure will be paid. They find themselves taking up a wide variety of jobs in the new system, and between that system and Bral, the closest settlement and market town.