Age: 39
Oz was born and raised in Detroit. He owns and manages Paxton & Carmichael's Vintage Emporium and lives in a basement apartment he rents from his grandmother. He has two sisters, one younger and one older with a family of her own, all of whom he sees with fair frequency. His father resides in a psychiatric hospital and his estranged mother lives in Atlanta. Oz is passionate about games of strategy, especially miniature war gaming and war reenactments, though he plays an assortment of other sorts of games and is moderately active in the SCA and larp scene due to friends. He is a regular at the hobby shop, The War Room, where his closest friend "Wookie" works. He maintains a couple of small social circles and gets along well enough with his employees at the antique store. Oz suffers from clinical narcolepsy, generally manifesting as general insomnia, frequent and often unplanned naps and cataplexy when he is stressed. He and his grandmother share custody of nine cats and a pomeranian.
Oz identified himself as being gay when he was about nine years old. His mother was initially scandalized and was probably planning to drown him in the nearest river until Mrs. Danford told her about growing up in the 70's and partying with the gays in Greenwich Village. Afterwards his mother fully embraced him as her gay son and would parade him about like a new trendy fashion accessory so that everyone could see how progressive and open minded she was.

Old Friends
Oz used to be close to Felicia, Khalida and Abel, though they had all gradually started to drift apart in the past several years. Since Oz put Pax online and started his new supernatural hunter blog and website hobby, the rift continued until their relationship was little more than facebook interactions and birthday texts. 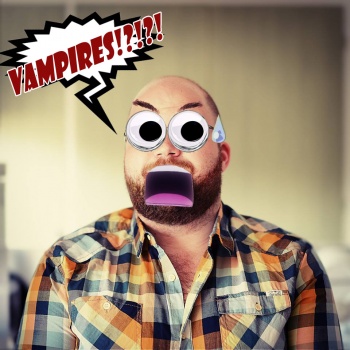