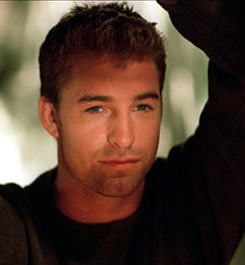 Brice is the oldest son of House Willum, but he was taken as a ward at age five by the Stormlands House Graben as a consequence of his family's defeat during the Siege at Storm's End. Although he was naturally a charming and thoughtful child, growing up in a house of strangers, coupled with a near death in the Irongarde Hills, marked him with a moodiness he's carried into adulthood. Lord Waltyr Graben treated Brice with care, however, and anchored the boy through his adolescence.

Following Lord Waltyr's recent death, Brice takes his adulthood, along with ambitions for himself and his own House, more seriously, even as he feels more uncertain about his future than ever. His attachment to Lord Waltyr has engendered a strong loyalty to House Graben itself, however, and continues to serve as his anchor. Brice is a handsome man with with sandy blond hair and slate colored eyes. His force of personality and charisma draw many to him, but his unpredictable moods can isolate just as easily. His early experiences as a ward in a house of former enemies have also made him watchful and guarded about his true feelings and intentions.

There are a variety of local rumors about Brice:

In his final days, Lord Waltyr Graben gifted Brice with Heartstrum, commissioned specifically for his Ward. Brice has trained exhaustively with longswords, House Willum's favored weapon, with little advancement in skill, but on the hunt, he demonstrated an aptitude for bows gone largely ignored. Heartstrum is carved from heart of weirwood from the Marchwater Godswood with a black leather and silver grip. Its bow string is rumored to be dragon sinew. Lord Graben's final words to Brice were, "Don't strive to become who you think you should be, grow into who you already are."