Narrative Background:
Born to a merchant family on Corellia, Dash Obrim was not discovered by the Jedi Order until he was four years old. Obrim Enterprises, the family business, specialized in shipping and logistics along the Corellian Run and the Perlemian Trade Route. Time spent onboard the family's space transports account for why the Jedi did not locate Dash at an earlier age.

A childhood spent among the machines, hanger bays and starships of Obrim Enterprises, memories now lost but skills imprinted, explain why Dash has a natural aptitude for Mechanics. The industrious Corellian culture also influenced the young boy: from a young age Inner Core kids raised by Corellian families play with toy gears and cogs, learn from with physical puzzles and tinker with construction sets made for the youngest of children. Thus did Dash begin to learn the fundamentals of construction, measurements and the properties of different materials, training that continued once Dash joined the Jedi Order: he is often seen on the engineer deck and hanger bays, running errands for engineers and assisting Jedi artificers.

At the Jedi Academy, Dash gained a reputation for stopping bullies, befriending outcasts and other protective tendencies (like keeping friends out of trouble, or getting them out of trouble once in). He can be at times exhaustively fastidious, obsessively focused and, most of all, prone to fits of rage when provoked. Rage collides with intentions: he can at times be a bully to other bullies.

His educators know him as a great student when the subject matter interests him and being unmanageable when it does not. Fortunately, his interests lie in being a defensive swordsman, mechanical aptitude, feats of great athletics, disciplined willpower, and all aspects of The Force. Prone to perpetual training and athletic exercise, Dash does not understand why his tutors reject emotion when passion promotes such great focus.

Dash knows his history at least when it comes to legends of ancient battles and secrets of the force. He supplements his study with extracurricular holovids about wars and conflicts long forgotten, occasionally running across historical accounts in his research.

The young Padawan is not very creative in the artistic sense or particularly apt in forming a strategic game plan for offense, but he is risk-averse and ever vigilant, always watching for the fastest escape route, defensive positions and likely avenues of enemy approach. Dash never sits with his back to the door. He always knows the location of the nearest escape pod and medical facility. While not particularly perceptive, his Vigilance casts a wide view for dangers, threats and maximum strategic and tactical defense. 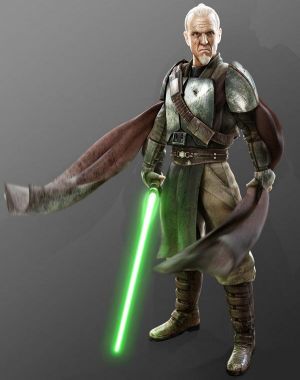 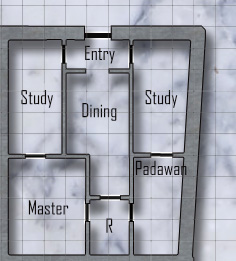