Faerun Hours of the Day 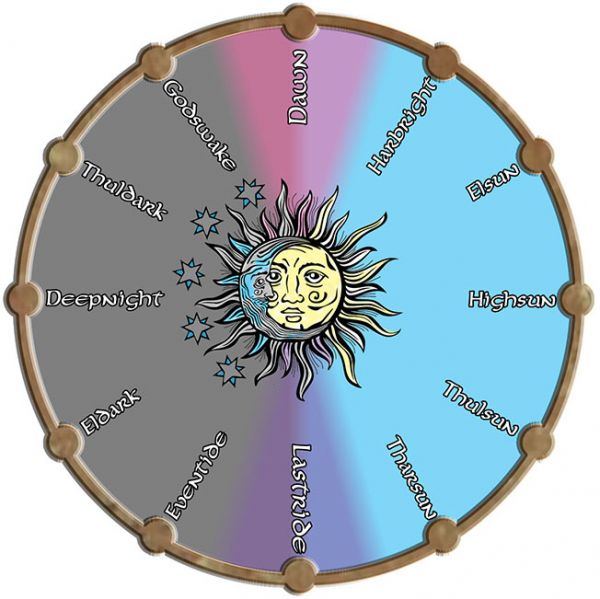 Instead of being divided into twenty-four hour increments, the Faerûnian day is divided into twelve sections that are based entirely on what the quality of light is at that given time. Thus, while there are twelve portions of them, they are not even divided up: in summer, the time between dawn and lastride (dusk) may be fifteen or sixteen hours, while in winter, that time is reduced to eleven or twelve hours.

In Waterdeep, these notary points have been figured out by astrologers with some degree of precision. The Timehands clock in the tallest tower of the Open Lord's Palace ring out at each of those points. Rather than the bellring being a numbered count ("three bells," for instance), each one is a different combination of notes, a short, distinctive refrain that those familiar with the city come to quickly identify. Many in the city set timing by these bells: for instance, the eventide bells are sometimes called "Gateclose," for it is when they are rung that the city's gates close for the night.