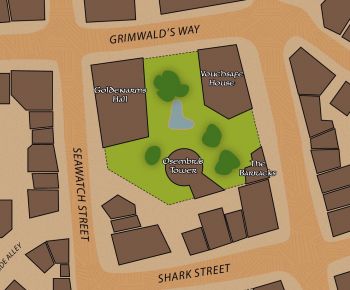 A tall wall of iron-studded black stone, the helm from the House's sigil is replicated in stone busts every twenty feet or so along the height of its ten-foot walls.

Scions and agents of House Ruldegost in good standing might receive the following benefits: