Generally speaking, there are three other branches of the family, each of whom "control" one of the House's merchant fleets. Though no branch is guaranteed mastery of one of the fleets, it is a strong enough tradition by now that whoever heads up the House would find themselves in serious opposition with their kin by breaking it without good cause. Members of these branches who come to serve aboard ships and even captain them usually do so aboard vessels in their branch's fleet.

The largest branch, made up of about ten Zulpairs, who oversee the merchant lines to the Shining South, the so-called Shining Fleet.

About seven in all, these Zulpairs govern the Islands fleet, which sees trade in the island nations in the Sea of Swords, all the way down to Chult.

The smallest of the fleets is governed by the smallest branch, some four in total. Though they have long governed short-distance shipping runs to other Northern coastal settlements, this is the branch that also oversees the Maztican trade route. As a result, they are quite wealthy and thus, influential. Hamaleiya and her sister hail from this branch of the Zulpairs. 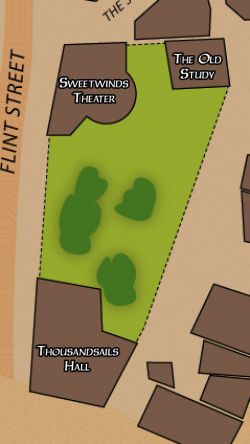 Just across the Street of Spells from the House of Wonder, the Zulpair villa is made up of three buildings.

Scions and agents of House Zulpair in good standing might receive the following benefits: