Raal was discovered and taken in by the Jedi when he was barely a toddler. His father had agreed to hand him over to the order in his mothers absence. When she returned to find her son gone, she was furious and traveled to the Jedi order to demand the return of her son, which the had refused.
Raal grew up among the other younglings of Clan Heliost. While he has little memory of Kashyyyk, Raal does maintain a sort of impression of it and a deep rooted love for the wilderness and all the flora and fauna therein, and he is often covered in the dirt and in the company of wild critters to show for it.
From the time of his first steps to the present, Raal has been ruled by his sense of wonder and excitement. He is ever eager, upbeat and cheerful about the things around him that he finds interesting, often failing to take a moment to consider his actions as he blunders forward into situations, urged by unbridled curiosity and enthusiasm. Many of his teachers have reprimanded him for not paying attention or for failing to heed warnings, as he is easily distracted and/or prone to daydreams.
During his trials, Raal performed best with his lightsaber, performing the forms and stances with a meditative grace. He repeated the Jedi Code and explained what each meant his interpretations satisfactory, though he had barely managed to pass the test of discipline, his mind so prone to wandering. But he DID pass, and was chosen by Master Sseresk to become his padawan. There was some hesitation to approve this paring at first based on the cultural enmity of their races (Master Sseresk is a trandoshan), but upon both being interviewed, it was approved - both Master Sseresk and Raal had been raised among the Jedi, and neither bore the animosity for the others species - in truth, Master Sseresk though that it would be a boon for the two of them to be seen working so closely together given the nature of the racism bored into the minds of their respective peoples.
Raal and Master Sseresk share a wonder for the galaxy, for the lives and places in it and for the Force connecting everything in it. This was what had caught Master Sseresk's attention when he had first met the young wookiee. But he knew that he would need to teach Raal how to reign it in and control it when necessary - the padawan lacked focus and that precise discipline that he would need to master in order to become a great Jedi.

Reduce the Encumbrance of worn garments by 3. 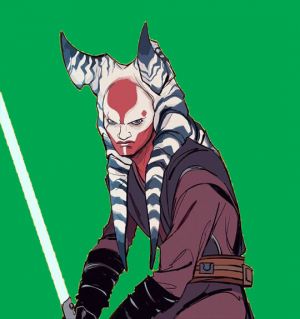 Raal also has access to the University of Sanbra's xenobiological archives and their in-house menagerie for study. 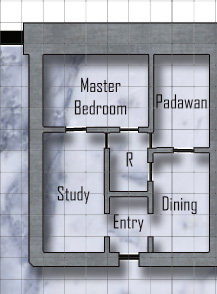