A nice unicorn named Ionadh and a talking goat named Nibbles rescued me from a bad situation back home. My new mentor, Melila picked me up and dropped me off in Waterdeep where I served as one of her Watchers in the Harpers for 30 or so years.
Then she showed back up and dragged me off into the woods for about a year with her other apprentice, Sylyra. Hilarity ensued, we almost died a few times, Melila always seemed to vanish when she'd be most useful, but Sylyra and I saved the day, pissed off some Red Wizards and rescued some elfy artifact, no clue - you'd have to ask her about it. Then poof - I'm back in Waterdeep and this time it's Sylyra who's the fish out of water. A very, very tall fish. And by water I mean forest. Also, just to avoid confusion, she's not actually a fish. Or fish person or anything like that. I'm not sure why people say that. Unless they're talking about ACTUAL fish people. But I'm not. She's a giant. Forest giant. Firbolg. She's blue. Or kinda purple? Sorta bruise colored. I call her big sister. At least I think I do. It's what she told me it means. She says I'm little brother. Although its sounds more like a swear word. I wonder if she's actually swearing at me.
My name is Frick and I like turtles. 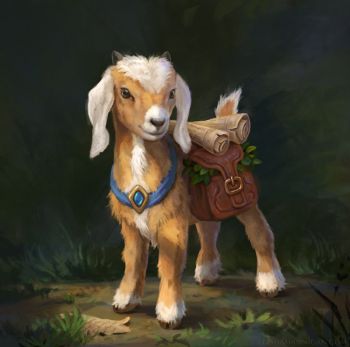