Henry grew up in Raleigh, NC where his parents and sister remain. After graduating high school he moved to College Station, TX and attended the Texas A&M University on a partial rugby scholarship for two years while working at Home Depot. When he was offered a full scholarship by the University of Astoria's new rugby team he did not hesitate in accepting and made the move to Oregon.
Henry works part time as a waiter at the Wet Dog Cafe. He is a member and resident of the ATO fraternity house. His major is in mass communications with a minor in philosophy. When he's not attending to school, sports or at the gym, he is either hanging out with friends or can be found nestled in his bean bag playing video games or watching anime. In addition to rugby and wrestling, Henry also plays tennis, rides a Harley, knows how to repair it himself and plays the saxophone. He has a cat named R2.
Henry came out as gay during his first year of college. Other than a few dates and casual encounters he hasn't ever been in a relationship.
Henry is intent on enjoying his college years to the fullest, but while he loves to socialize and party, he is dedicated and passionate about rugby and by extension his schoolwork that he is required to maintain in order to continue playing on the team. 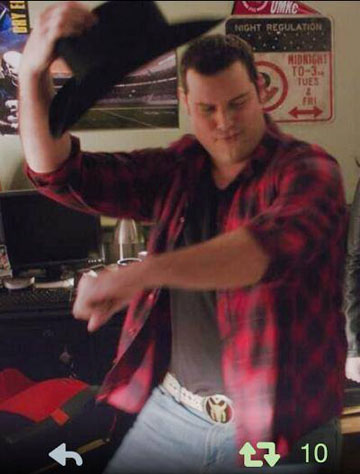 Mantra: The Jedi Code
Emotion, yet peace.
Ignorance, yet knowledge.
Passion, yet serenity.
Chaos, yet harmony.
Death, yet the Force.

The Jedi Code (meditation and mantra)
Henry lacks a pack connection, and thus is unable to ground Sparky enough so that he can properly establish a connection to his anchor, but that doesn't stop him from trying and he knows exactly what that anchor is. He's always known. It has been a focal point that he has connected with and used as a mantra to calm himself down with his entire life. Where sports and other physical activities have always been outlets for his rage and dark urges, the Star Wars fiction has always been a place for safety, balance and serenity. Now it represents who he is as a human, and the Jedi Code from the setting resonates with his search for who he wants to be as a man, not a wolf - symbolized by the light side and dark side. In addition to it being a mantra and focal point for meditation when he needs to keep the wolf at bay, it is also a personal code he seeks to adhere to. It is a promise to himself to strive for peace, to use his power to defend and protect others and not to use it for dominion. And he will strive to better understand the true nature of the world around him through knowledge, training and cooperation. 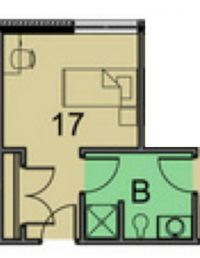